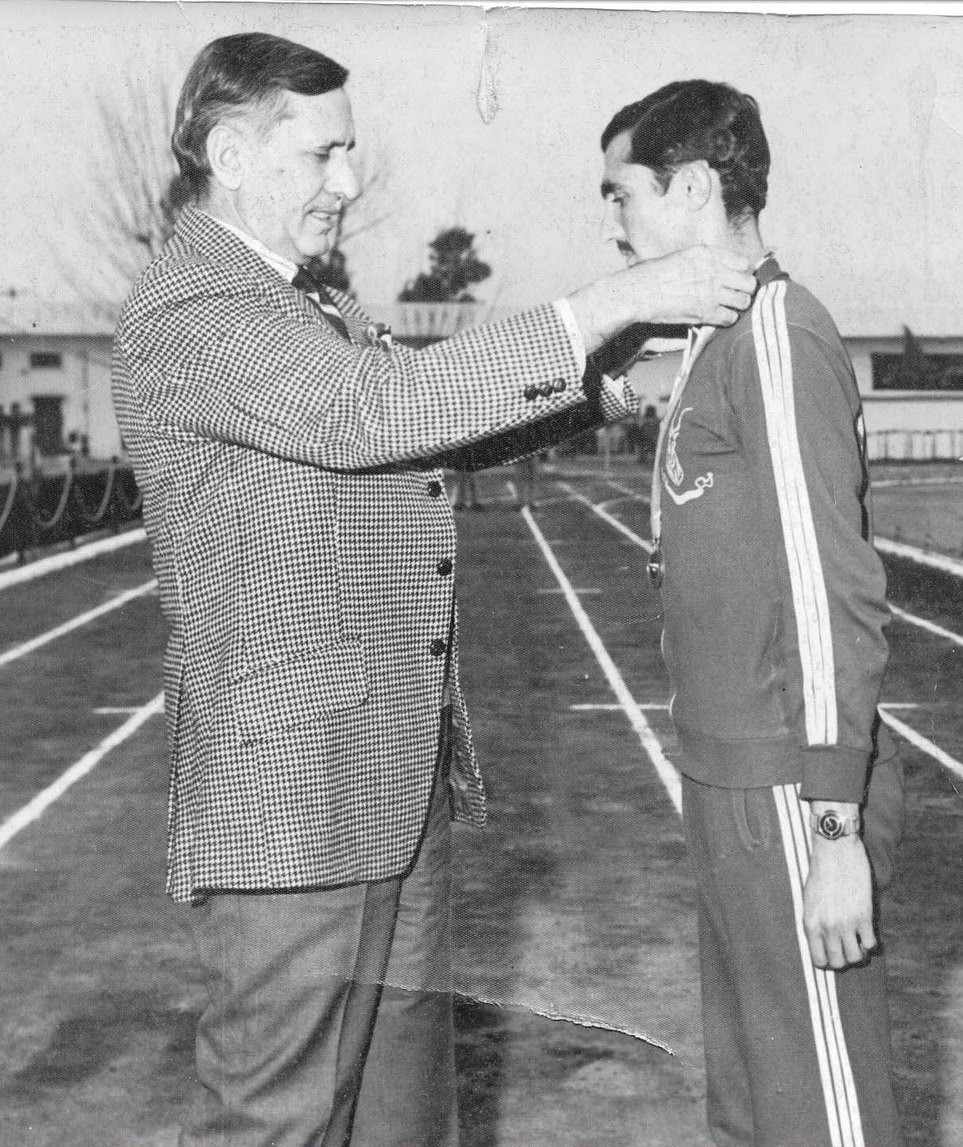 We joined the High School Buni in 1969, in the sixth class. From our village primary school came with us a rather shy boy, Muhammad Nadir.He was an ordinary boy at any standard. He did not fare very well in studies or any other activity. But in the autumns, when the sports week came, he began shining like a star. He participated in almost all athletics events and won prizes. Then this boy dominated all sports events in the school for the coming years. After matriculation he joined Chitral Scouts, where he was soon picked for sports like athletics and volleyball. Muhammad Nadir served in the Scouts for ver 20 years as a sportsman. He represented Chitral Scouts, Pakistan Army, and finally Pakistan, in athletics.

Muhammad Nadir was groomed by the Chitral Scouts as an athlete. He participated in all categories of track and field, high jump and long jump. But his specialty was 800 meter race. He dominated the national athletic scene for more than a decade. He remained Frontier Corps 800 meter champion for more than a decade. In 1984, he became Pakistan Army Champion in the same category. With this he was selected in the Army athletics squad for the coming years. For Army, he won gold medals in Inter-services Championships and National Games. Muhammad Nadir represented Pakistan in the International Athletics Moot and finished second, first position being won by a Chinese athlete.shop.

Muhammad Nadir was well rewarded for his services by the Chitral Scouts. He got rapid promotions, and spent most of his years as a JCO. He retired as Subedar, and is now living an obscure but peaceful life in his ancestral village Charun Owir. He has got no regrets or complains but people like him deserve appreciation nevertheless. We should appreciate and pay tribute to all such veterans and heroes who have played such an important role at the national and international level. 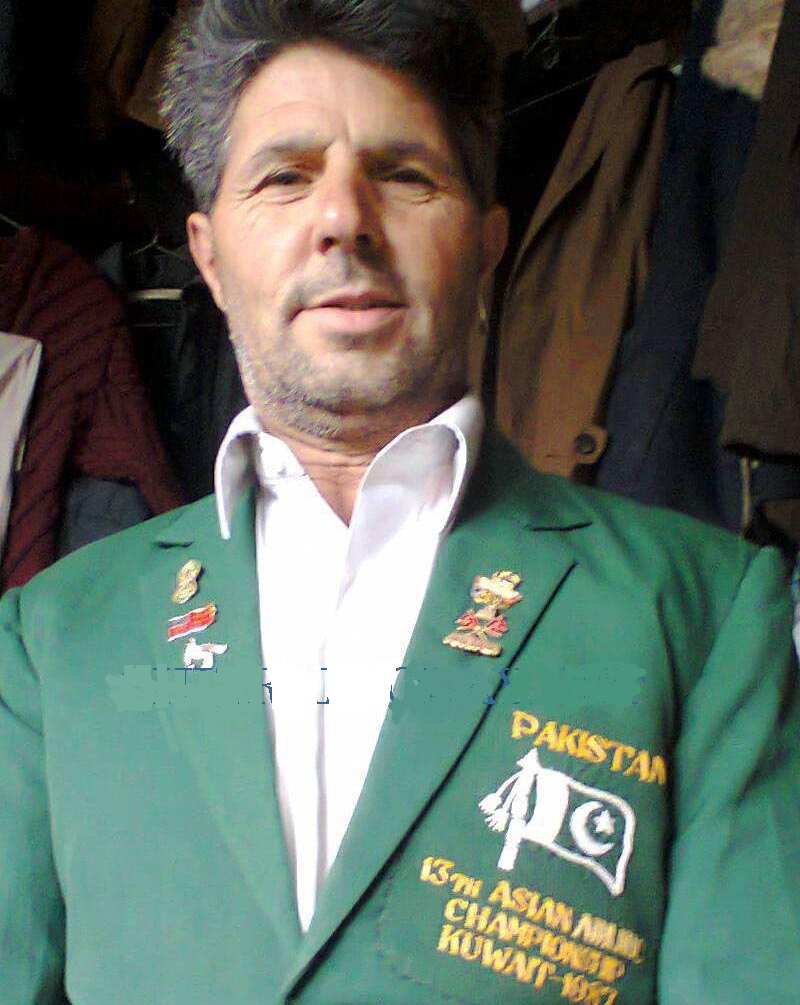 The other day, walking through the Bazaar of Chitral, I was surprised to see a green coat with our national colour on it, hanging in a second-hand clothing shop.I went in, to have a closer look, and to see who has sold out this thing into the Landa Bazaar. I asked the shopkeeper to take down the coat but he politely said that it was not for sale. I was more surprised to hear this, and asked why. “Because it is my own,” said the shopkeeper shyly. “And who are you” was my question. Then I came to know that this poor second-hand clothing vendor was sometimes a sportsman, who represented the nation in athletic competitions for more than a decade.

Rahmat Khan was born in the small hamlet of Yukum in the remote Yarkhun Valley of Chitral in 1962. He didn’t go to school, simply because there was none in his village. He spent his early youth, wandering in the rugged mountains, tending goats. He grew up a well-built man and went to the down-country in search of a living. Fortunately, he came across some army recruiting team and was selected for the 16th Punjab Regiment of Pakistan Army.

As Rangroot (recruit), he was sent to the Regimental Centre in Mardan for initial training. In the Centre, the trainers saw in him an athlete, and on the completion of the training, he was inducted in the army in 1979. The hardy mountain man was ideal for cross-country race and marathons. During the early 80s, he started his sports career in the Inter-Unit Competitions, then stepped up to Inter Services Championships. Rahmat Khan’s first appearance at the national sports scene was in 1983, when he was included in the Pakistan Army Squad for the National Games held in Karachi. He won one after other race, and was finally picked-up for the National squad.

Rahmat Khan ran with the National Colour in athletic competitions world over. He himself remembers very little of these events. What I could muster from his certificates, pictures and medals, is that he carried the National Colour in Singapore, China, India, Kuwait, Nepal, Germany, Iran and the UK. He was in the Pakistan Squad in the 1989 SAF Games held in Islamabad.

Today he lives on the pension from the Army and his small shop of second-hand clothing. He is still a healthy and fit man. If he lived in another country, at least he would have been engaged as a sports trainer. Here in this country, nobody knows about him. Even he himself seems to be forgetful of most of his gloriously past, because the past has contributed very little to his present.